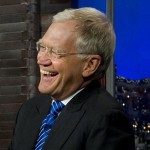 CLAIMS SHE AND 99 OTHERS WORKED 40 HOURS A WEEK FOR NO PAY ON ‘THE LATE SHOW’
One of America’s most famous talk show hosts is being sued by a former intern – and 99 others, who she claims also worked for free on one of the biggest shows on US television.

Mallory Musallam, 26, interned for four months between September and December 2008 on David Letterman’s Late Show. She accuses his Worldwide Pants production company and CBS (the show’s broadcaster) of violating minimum-wage and overtime laws.

But Mallory isn’t just sticking up for herself. She’s filed a “class action” lawsuit in the New York Supreme Court on Thursday on behalf of every unpaid Late Show intern from the past six years – which means more than 100 interns. CBS has responded by suggesting that opportunistic lawyers are attacking valuable learning experiences for young people keen to start a career in media.

According to documents obtained by Deadline, the David Letterman intern claims that the defendants (Letterman’s company and CBS) intentionally minimized their labour costs by giving work to unpaid interns instead of hiring additional employees or paying regular staff overtime to do it.

Additionally, she says she typically worked more than 40 hours a week but did not receive any payment or vocational training in exchange. (American law is slightly different to UK law – internships which provide a significant training element need not always pay the minimum wage).

According to Mallory’s online CV, at the Late Show she “helped research celebrity guests, dubbed videos, worked on a telephone switchboard, acquired integral information for show content, and helped with any other research-related tasks.” She also lists internships at Entertainment Tonight, The Insider and W magazine, but has only filed a suit against CBS.

The lawsuit is seeking wages, with interest, and legal costs “owed to Named Plaintiff and all similarly situated persons,” a group that the suit claims “is believed to be in excess of 100 individuals.”

The network says it will defend itself against Musallam’s claims. A CBS spokesman said:

“This lawsuit is part of a nationwide trend of class action lawyers attacking internship opportunities provided by companies in the media and entertainment industry.

“We pride ourselves on providing valuable internship experiences, and we take seriously all of our obligations under relevant labor and employment laws. We intend to vigorously defend against the claims.”

Graduate Fog is always pleased to her of interns standing up for themselves. We know it isn’t easy and few of you feel able to do this, for fear of being blacklisted by prospective employers. It is even harder when your employer is rich and powerful, as those who challenged Tony Blair, Simon Cowell and Topshop boss Sir Philip Green know. The US courts will decide whether Letterman and CBS owe their former interns any payment. But, regardless of the outcome, this high-profile case will make other employers sit up and take notice. We support Mallory’s right to challenge Letterman and CBS and will follow the case with interest.

*WHOSE SIDE ARE YOU ON?
Are you rooting for Mallory? What do you make of CBS’s comments that lawyers are “attacking” “valuable opportunities”? Will more high-profile law suits like this one scare other employers into paying their interns?